It seems like seniors may get a surprise by receiving an unprecedented discount on Medicare Part B premium. This will be contingent on the awaited decision about the program that will cover a pricey and controversial new Alzheimer’s drug.

The new drug, Aduhelm, is developed by Biogen and costs around $56,000 per year. The decision about whether Medicare will cover the drug has been highly anticipated and is still pending. However, Health and Human Services Secretary Xavier Becerra said that he expects Medicare to start covering the drug soon. 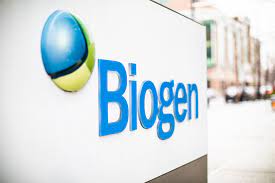 Since the premium hike to $170 for Part B of Medicare was announced, Biogen slashed the price of the drug in half for patients who pay out of pocket. This move by Biogen, in addition to Becerra’s statements, has led many to believe that Medicare will soon start covering the drug. and if Medicare starts covering the drug then there is no reason to keep the Medicare Part b premium increased. American Seniors are a vulnerable population where most have a limited income and keep the premium for Medicare at Part B where there is no longer a reason to do so will only create a financial burden for many seniors.

Becerra stated that “once we have that determination in April 2022, we’ll be able to fully assess what impact Aduhelm may have had on premiums for seniors in Medicare” He further stated, “we are gonna make sure that seniors don’t pay more than they have to.” If this happens, it would be a huge victory for seniors and their families who have been struggling to pay for the sky-high costs of Aduhelm

Medicare’s approach to future, costly, branded new medicines that may emerge in the industry could be affected by this decision. Meanwhile, beneficiaries may end up paying an extra $170 per month for Part B until they make their decision.

An adjustment on the Part B premium in the middle of the year would be unprecedented, but Becerra stated that Medicare actuaries will soon finish calculations about the drug and the impact on Medicare spending.

Despite this, it is probable that seniors would be thrilled to hear and accept a Medicare Part B reduction, which would allow their “Cost of Living Allowance” to have an impact rather than being taken away with an increase in Part B premiums to fatten the pockets of a major Pharmaceutical company at the expense of retirees.

“Choosing the correct Medicare Insurance Plan can be complex, convoluted, and outright confusing !!!”. At “YourMedicare” by AYA and Associates, we make this process clear, simple, and understandable.”

Hello, my name is Rolando Arellano and I am the President of AYA and Associates who are the creator of YOURMEDICARE. I am available on: ✆ 1-(800) 381-3623 ✉ Rolando@YourMedicareCovergae.Net